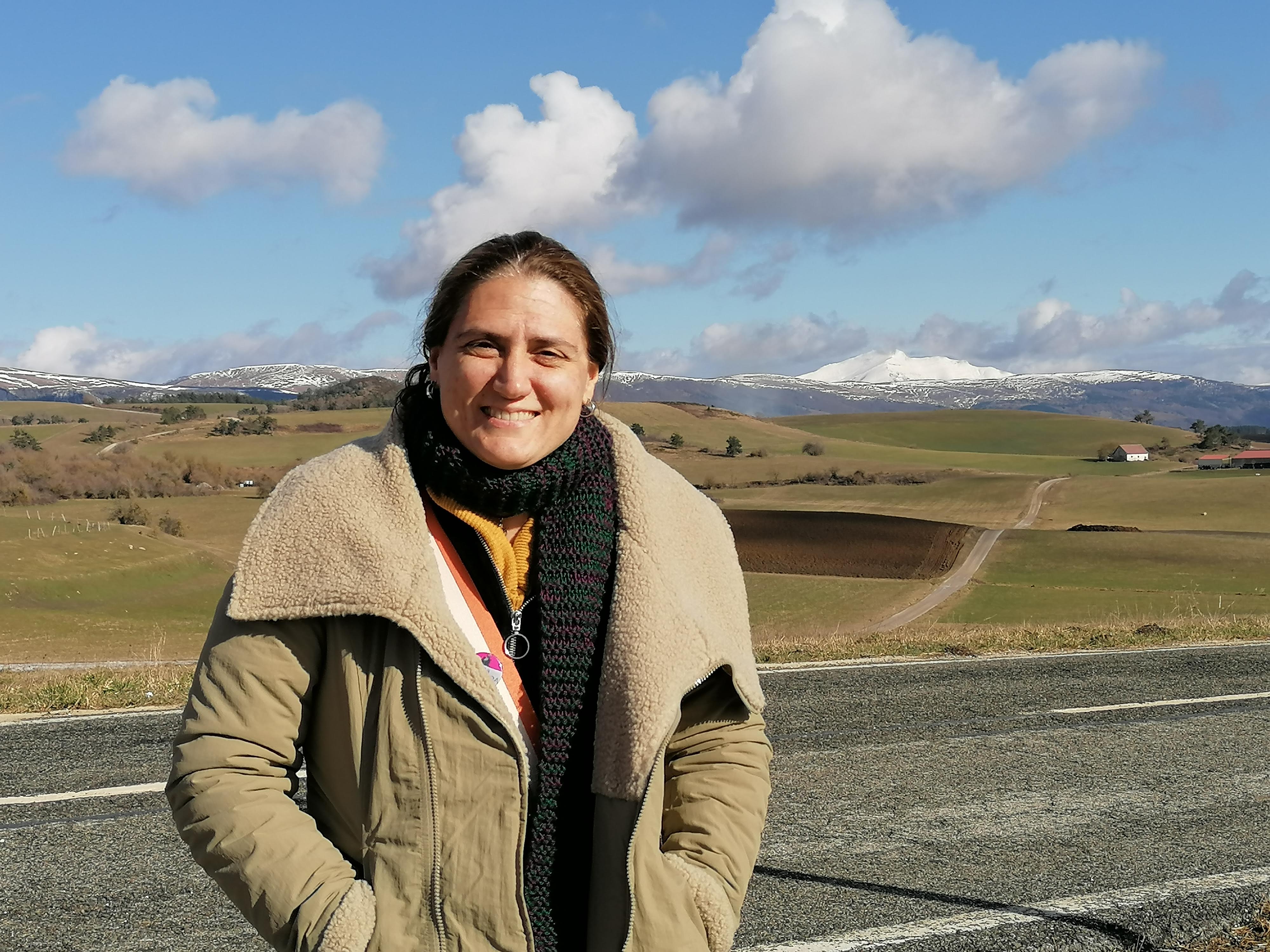 The University of La Plata (Argentina) has had a new Basque language and culture reader since the beginning of the 2019-2020 school year – and she’s not just any reader. She is a member of the Basque diaspora in Argentina, started studying Basque in her twenties, and eventually became a university professor. We’re talking about Sabrina Otegui. We caught up with her on her visit to the Basque Country.

Hi Sabrina! Tell us about yourself

My name is Sabrina Otegui and I’m from Argentina. I was born in a town called Pergamino and then moved to Buenos Aires to study at the UBA (University of Buenos Aires). I studied Humanities and specialized in Linguistics. I now teach semiology at the UBA and I also teach Basque at another university called UMET.

Your surname is Otegui. Where does your family come from?

My great grandfather was born in Tolosa. I don’t know much about my family’s history, but I know that he emigrated to Argentina in the 1880s. He had 12 children there, the youngest one my grandfather, Segundo Otegui. I still have some relatives in Tolosa, but I don’t know all of them.

What motivated you to learn Basque?

Twenty years ago, when I was finishing my degree, we did some work on Indo-European languages in our class on Dialectology. They gave us some other languages as a distraction, and one of them was Basque. In my family, they always talked about “our Spanish family”, never about the Basque Country; and when the professor mentioned that language, I asked what it was. He told me, “having that surname, you don’t know what Basque is?”, and that made me very curious about it. I called the Euskal Etxea (Basque Center) the next day to ask how I could learn the language. So, I started and haven’t stopped learning Basque ever since; I still have a lot to learn!

What did you do before becoming a reader at the University of La Plata?

I started studying Basque at Euskalzaleak, the Euskal Etxea in Buenos Aires, and after 2-3 years I started the Euskara Munduan (Basque Worldwide) programme, where they suggested I train as a teacher. I said yes, and shortly after I started in the programme I began teaching at the Euskal Etxea. That was a challenge!

Later on, I started visiting the Basque Country to learn more from here. The first visit was on my own. I spent a few months in the barnetegi (boarding school) in Amorebieta. The second time I was with the Euskara Munduan programme to pass the level exam. I was here for six months at the Barnetegi Maizpide in Lazkao. It was a very beautiful experience, difficult but beautiful; I earned the EGA certificate (equivalent to a C1) and returned to Buenos Aires to continue teaching.

I also started teaching future teachers in the Euskara Munduan programme. Last year they called me from the University of La Plata. There was a reader who had to return to the Basque Country and there was no time to make the ordinary call for candidates. I had the necessary university degree and EGA, so they hired me.

What kind of experience are you having?

It’s been wonderful and very enriching. I’d like to say two things about it. One, that for me this is a great achievement and an honor, because teaching Basque is what I like most; and, if you want to make a living out of this in Argentina, there aren’t many options, because at the Euskal Etxea for example there aren’t many classes. Therefore, it’s an excellent opportunity professionally, the best opportunity I’ve ever had.

Secondly, the students of the readership are very motivated and make a great effort to learn Basque. We must remember that they live in a totally Spanish-speaking environment and that only once a week they ´immerse themselves´ in Basque language and customs. Teaching at the university allows me to reach people who don’t have Basque origins, and that’s very important. We have students of this type and it’s nice to see how surprised they are at the curiosities of Basque language and culture. The atmosphere is fantastic and we have a great time in class.