Chekhov vs. Shakespeare on the Scotland Goes Basque programme 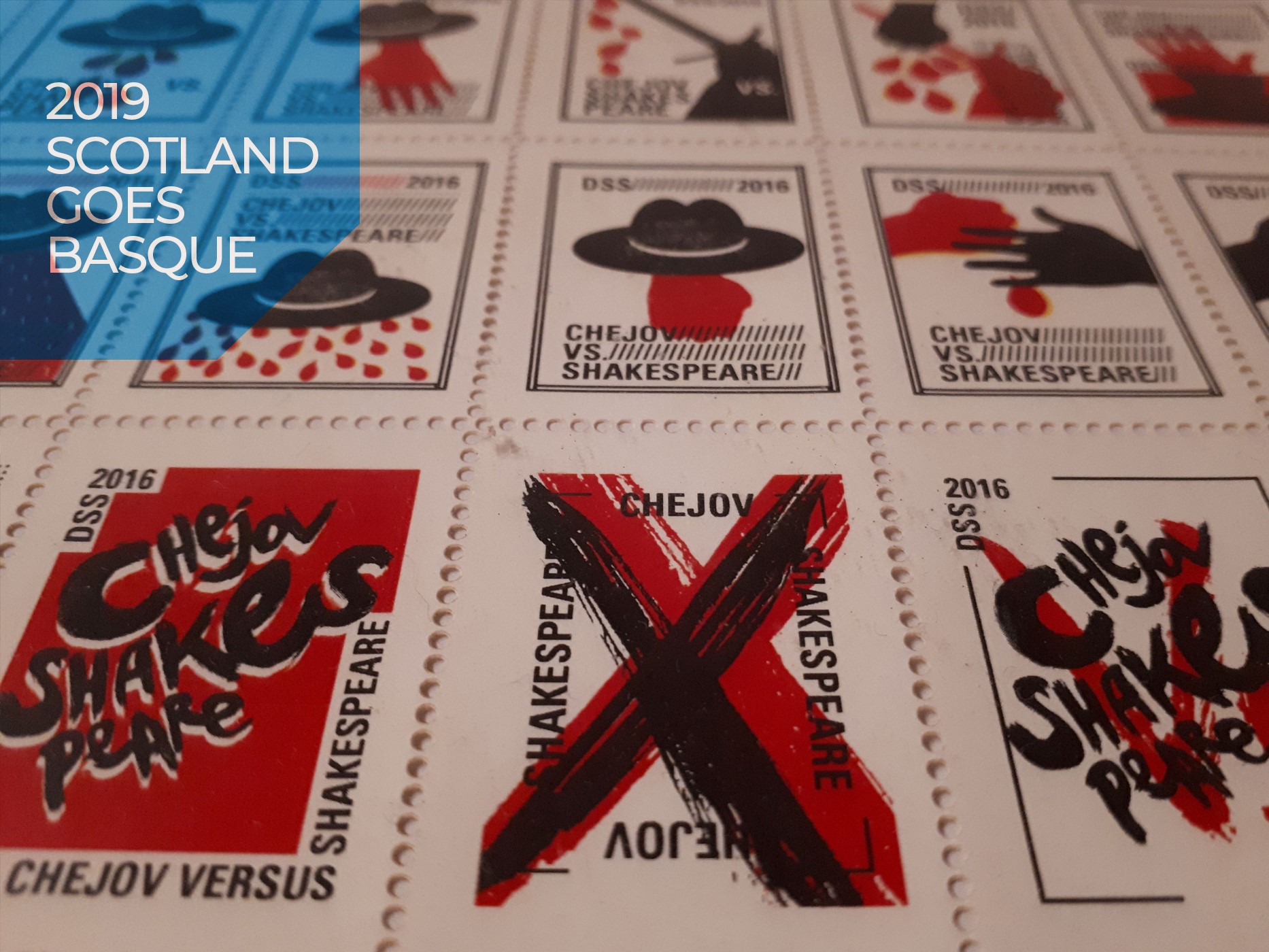 The Etxepare Basque Institute has initiated a new edition of the Chekhov vs. Shakespeare project for the Basque culture, arts and language programme which it is running in Scotland in 2019. The aim of all the events on the 2019 Scotland Goes Basque programme, including this one featuring writers Iban Zaldua and James Robertson, is to use culture to forge bonds between the Basque Country and Scotland.

The Chekhov vs. Shakespeare project was originally created during Donostia/San Sebastián’s year as European Capital of Culture 2016 with the aim of generating a written discussion on European conflicts and challenges between authors from different cultures and origins. Writer-duos such as Bernardo Atxaga (Basque Country) and Bashkim Shehu (Albania), and Luisa Etxenike (BC) and Mircea Cartarescu (Romania) exchanged letters on the subject over several months that year.

On this occasion, Iban Zaldua and James Robertson will write six letters to each other, generating a total of twelve. They will discuss and exchange their personal views on the subject of Europe, identity, language and literature. The letters will be written in Basque and Scottish and will have to be translated throughout the process. Robertson will start by writing the first letter in February and the correspondence will continue until July.

The highlight of the project, however, will take place at the Edinburgh Book Festival in August, when the two authors will share the reflections expressed in their letters in a roundtable discussion in front of an audience. As in 2016, the result of the epistolary relationship will be published in a book.