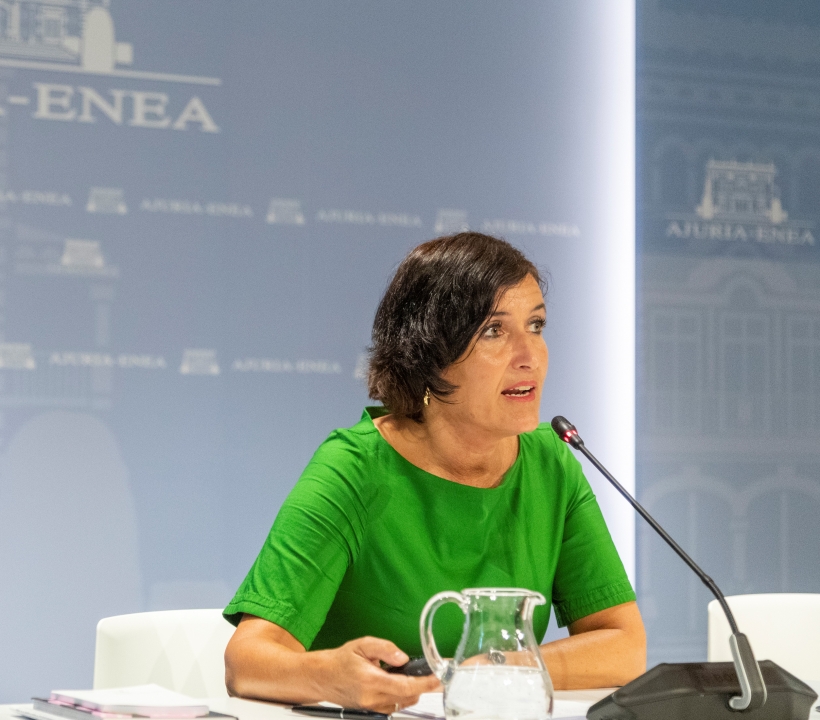 The Etxepare Basque Institute is a tool for the Basque Country´s cultural diplomacy and for developing international cultural relations.

We believe in the power of culture to build bridges and promote dialogue between nations and people, and using its transformative value to address today´s global challenges; in addition, we want to promote mutual understanding and create opportunities for collaboration by sharing knowledge, values and perspectives.

The Etxepare Basque Institute is a dynamic player in the European context, reflecting the European dimension of the Basque Country´s external cultural initiatives, and is involved in several projects supported by the European Union.

Within the framework of EUNIC (European Union National Institutes for Culture), we have been part of the Brussels cluster since 2015 (we were the first Institute not to represent a State of the UN) and we are in close contact with our European counterparts. Together with the national cultural institutions of the EU with a permanent presence in Belgium, we have worked on multilateral projects, raising the profile of the Basque cultural and creative sector and aligning ourselves with the European strategy of cultural diplomacy. We work in partnership on activities based on common European interests, and participate in events and projects including the ´Fête de la BD´ comic strip festival of Brussels, the ´Foire du Livre´ book fair, and poetry festivals such as Transpoesie.

Aquitaine.eus is another project that spotlights the Institute´s European collaboration. The objective of this project is twofold. On the one hand, to encourage the presence of Basque artists on both sides of the border in the festivals and cultural programmes of Nouvelle Aquitaine. On the other hand, to promote cross-border cooperation between creators and stakeholder from the Basque Country, Navarra and Nouvelle Aquitaine. This project, which is being carried out within the Aquitaine-Euskadi-Navarra Euroregion (9 million inhabitants and 2% of the population of the European Union), has the collaboration of the Príncipe de Viana Institution of Navarra and Euskal Kultur Erakundea (EKE, Basque Cultural Institute) of the French Basque Country.

The Etxepare Basque Institute promotes dialogue between Basque culture and other world cultures through Cultural Connections.

Although Basque creators and cultural and creative industry professionals travel all over the world, as part of the Basque Government´s Euskadi-Basque Country strategy, we focus primarily on the areas identified as strategic for Basque foreign relations and internationalization. We especially promote activities that contribute to raising the profile of the Basque Country in countries considered priority and to establishing a favourable position for the cultural and creative sector. We also offer advice on cultural cooperation with priority countries.

The purpose of Cultural Connections is to introduce the cultural dimension into our international relations, strengthen ties with those countries and cultures, build bridges, strengthen cooperation between creators and cultural stakeholders, and promote cultural and academic exchange. The Etxepare Basque Institute is responsible for designing and developing these programmes.