Four Basque restaurants among the 50 best in the world 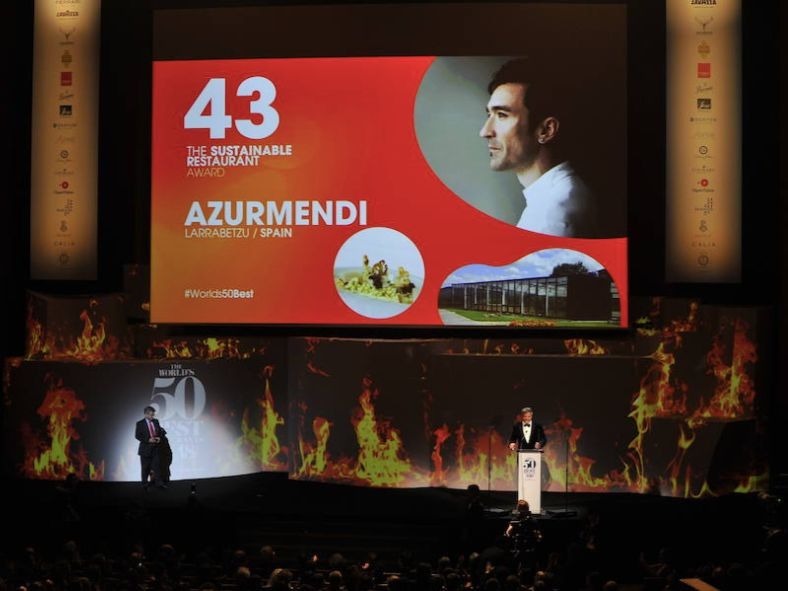 This year, the event "The World´s 50 Best Restaurants" was held in Bilbao. The capital of Bizkaia was chosen in recognition of Basque gastronomy which in recent years has placed the highest in the event. It should be mentioned that 10% of the best restaurants in the world are located in the Basque Country. It is highly unusual for this culinary event to be held outside of London. In fact, it has only occurred on two occasions; once in New York and once in Melbourne. Now, we can add Bilbao to the roster.

It was decided at the ceremony, held at the Euskalduna Palace, that Mugaritz restaurant, Asador Etxebarri, Arzak in Donostia-San Sebastián (ranked 31) and Azurmendi in Larrabetzu (ranked 43) were among the 50 best restaurants in the world. Furthermore, the latter won the prize for the most sustainable restaurant in the world. The use of local products, quality fruits and vegetables and respect for the environment were applauded in an award given to chef Eneko Atxa.

The UK’s Restaurant magazine has celebrated the "The World´s 50 Best Restaurants" since 2002. It is one of the most important gastronomic gatherings in the world, where every year a list of the 50 best restaurants are published. The magazine’s academy of 1,040 voters (including chefs, journalists and gourmets) decide on the order of the list.