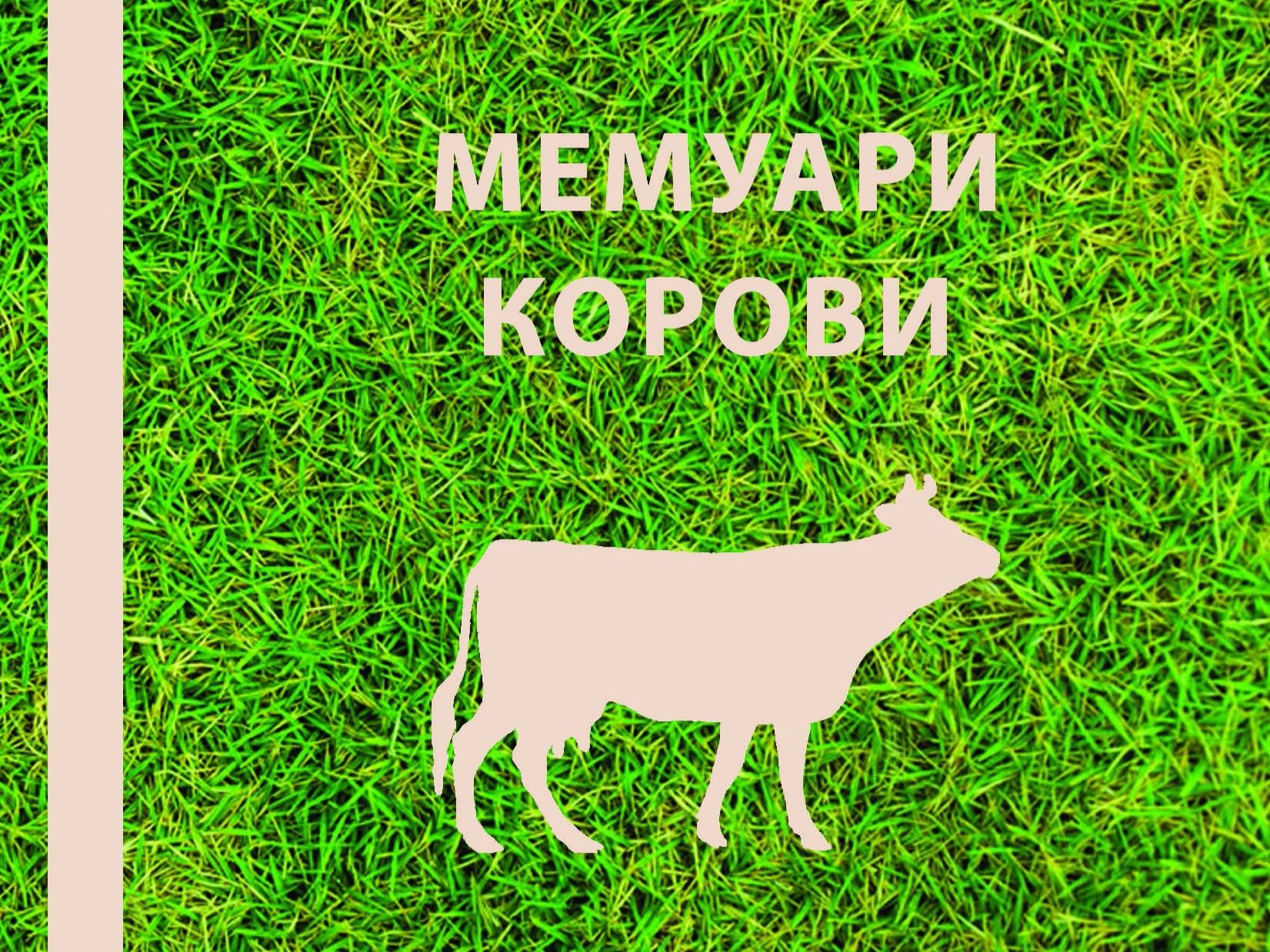 Ukrainian teacher and translator Yaroslav Gúbarev (Donetsk, 1991) was awarded the Etxepare-LABORAL Kutxa Translation Prize for his translation of the novella ‘Memoirs of a Basque Cow’ by Bernardo Atxaga into Ukrainian.

Basque comics will be present for the fourth time at the Brussels Comic Strip Festival (Fête de la BD), the largest event of its kind in Europe. This year the festival will take place in the Belgian capital from September 1st to 3rd. Basque participation is in association with EUNIC, the European Union National Institutes for Culture, of which the Etxepare Basque Institute has been an associate member since 2015, and in close collaboration with the Euskadi Delegation for the European Union.

For the fourth year running, two Basque artists will complete an artist-in-residence programme in the Polish city of Wroclaw (last year’s European Capital of Culture alongside San Sebastian). With this project, the Etxepare Institute and the Polish Artist In Residence Programme (AIR Wro) will continue the work which until last year was part of the Joan-etorriak programme sponsored by Donostia / San Sebastián 2016 Foundation in partnership with other organizations, including Etxepare. 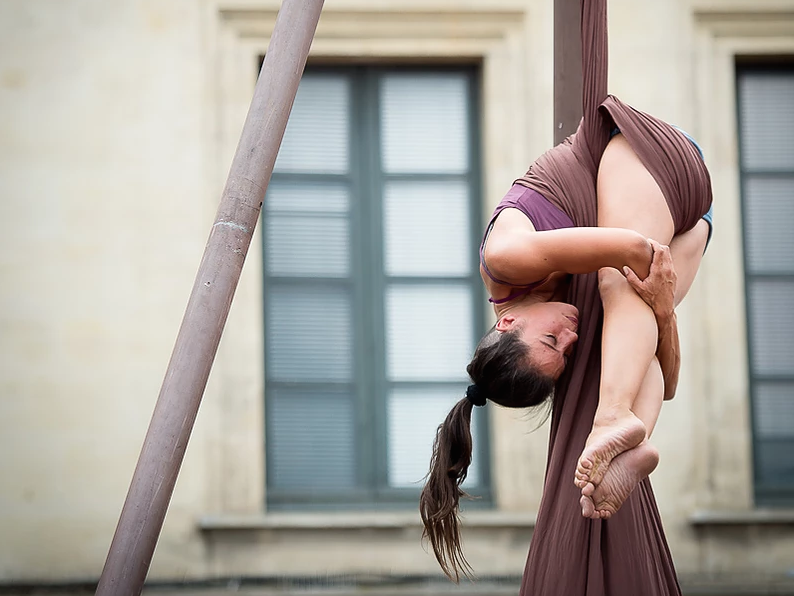 Four Basque companies will participate in the Internationale Kulturböse Freiburg(IKF) performing arts fair, to be held in the German city of Freiburg from January 22 to 25. It is one of the main fairs at European level, where more than 350 exhibitors and 4,000 professionals (producers, programmers, festival organizers, cultural entities...) of the fields of street theater, dance, theater and music are gathered annually. 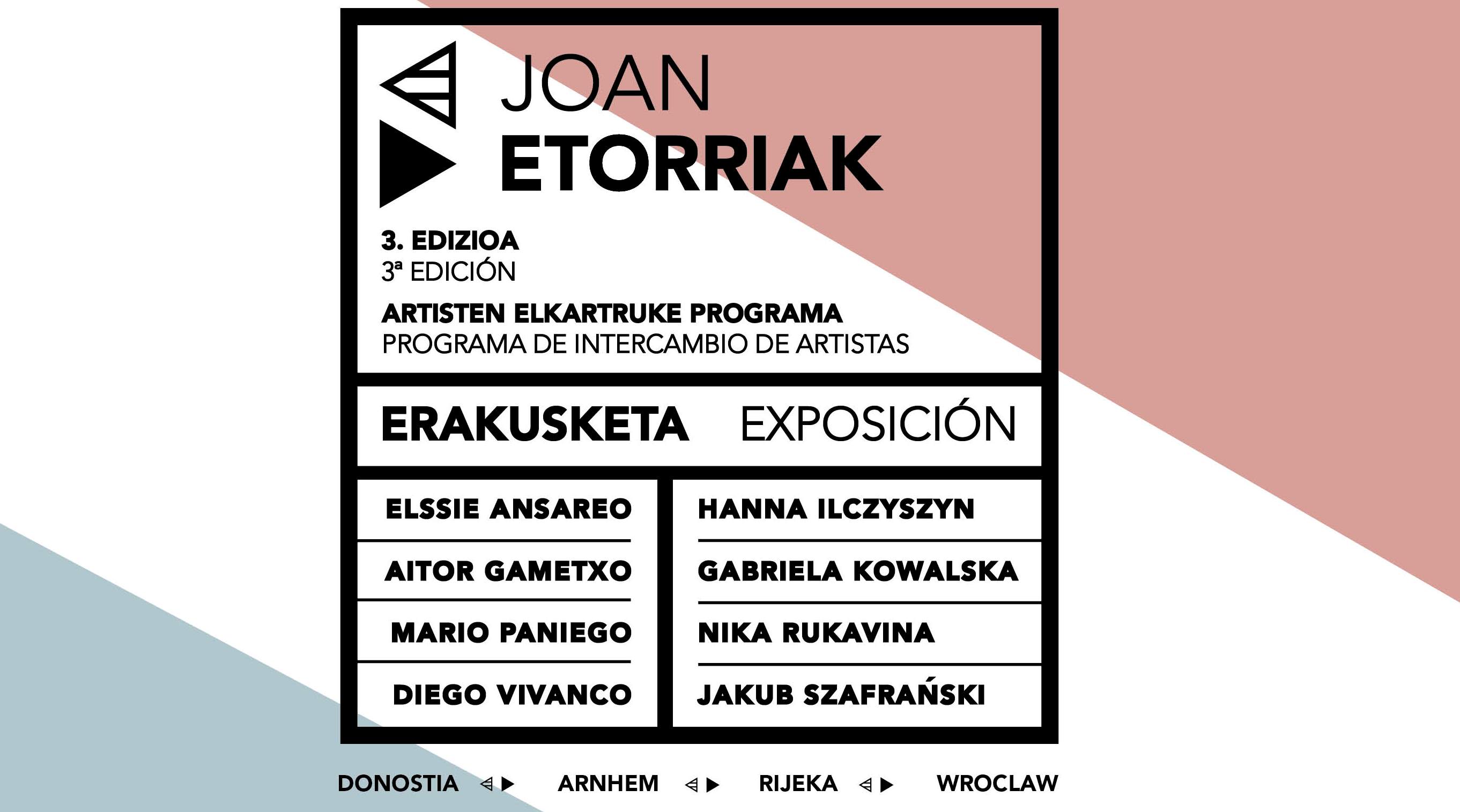 The work and creative processes of the artists participating on the international project Joan Etorriak will be exhibited from December 9th at Tabakalera, International Centre for Contemporary Culture (San Sebastian). This exchange-based program co-organized by San Sebastian 2016 Foundation, Etxepare Basque Institute and Donostia Kultura aims to foster mobility and intercultural dialogue.

The Aquitaine.eus Fall program kicks off!

The Aquitaine.eus project, created in March 2016 by the Euroregion Aquitaine-Euskadi  -composed by the Basque Government and the Région Aquitaine-Nouvelle-, the Etxepare Basque Institute and Euskal Kultur Erakundea-Institut Culturel Basque  moves ahead. The program aims to foster the presence of Basque artists from both sides of the border at festivals and events in Aquitaine and to promote relations and cross-border cooperation between creators and agents of Aquitaine and Euskadi, and keeps working on these objectives.

The Fall program includes a large presence of Basque music. On November 4 at 7:00 pm,  Iñaki Salvador Trio will offer a concert in the famous cultural center Le Rocher de Palmer,  in the outskirts of Bordeaux. The very same day at 6:30 pm, the center will open an exhibition about the first 50 years of the Donostia Jazzaldia. This exhibition will be open until 25 November and will display the posters of those 50 years of the famous International Jazz Festival of Donostia-San Sebastián.

The Etxepare Basque Institute opens a new Basque Language and Culture readership at the University of Havana, Cuba 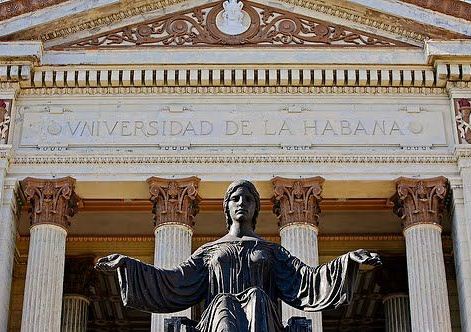 As a result of the collaboration agreement signed in 2015 between the Etxepare Basque Institute and the University of  Havana, in November 2016 this university will open a new of  Basque Language and Culture readership. The Basque writer Joseba Sarrionandia will be the reader, so he will be responsible for the academic content and for teaching classes, as well as for organizing other activities.

The start of the academic program has also planned several parallel activities: on December 5 Asier Altuna will present his film "Amama", and after the screening he will have the opportunity to discuss with the audience the transformation of the traditional Basque farmhouse. And on December 15 the professor of the UPV / EHU Mari Jose Olaziregi, who until November has served as Director for the Promotion and Dissemination of  the Basque Language of the Etxepare Institute, will give the conference "A journey through Basque culture and literature".

An evening in the common geography of Basque and Galician poets 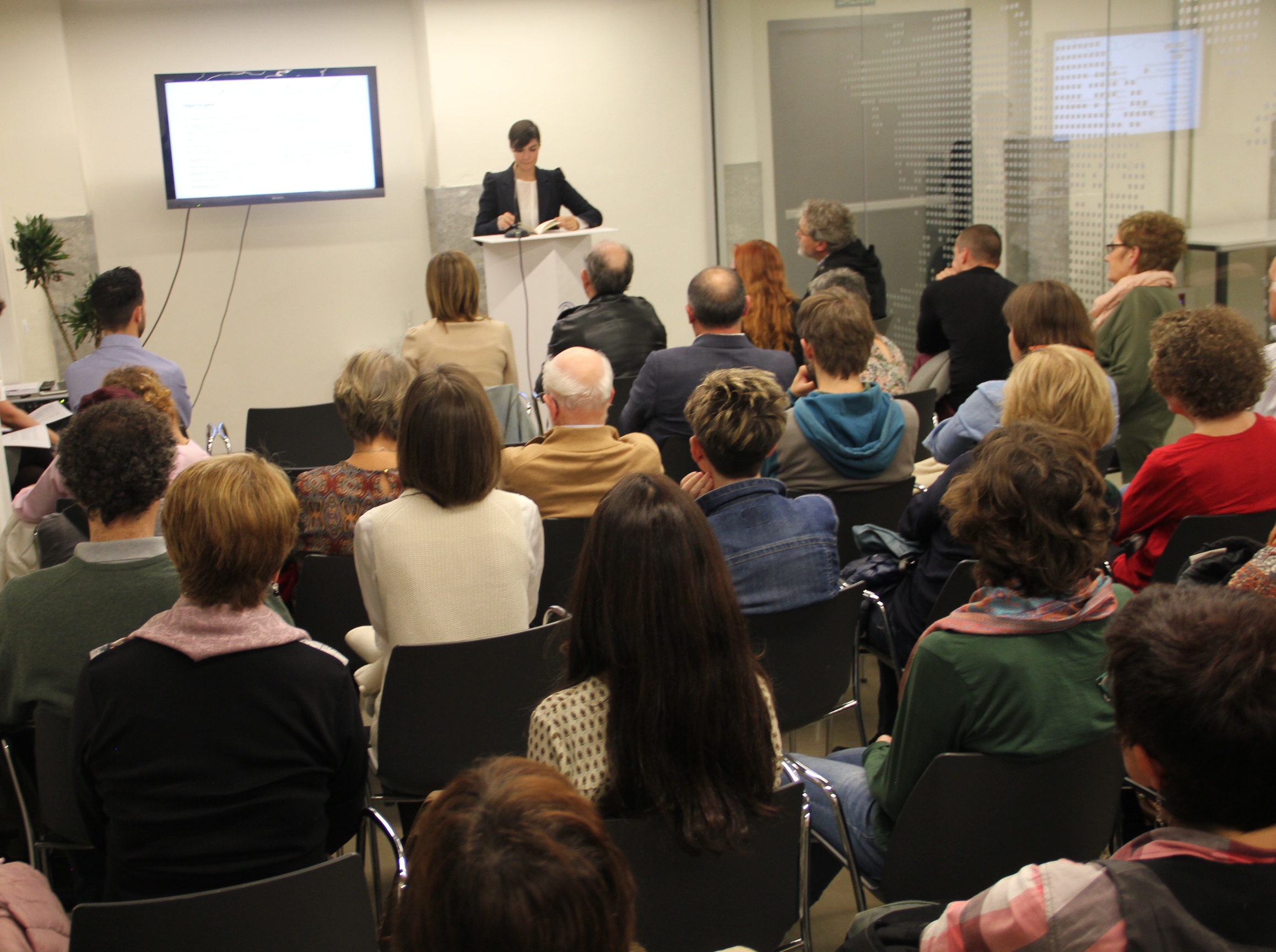 The assembly hall of the  Etxepare Basque Institute in Tabakalera proved too small last night to accommodate all the people who attended the recital of Basque and Galician poetry organized under the program Itinerant Poets.

Itinerant Poets is a project that was launched in 2015 by the Etxepare Basque Institute; this year it has been organized together with the Galician Culture Council. In fact, this was the return trip after the meeting these poets held in Santiago de Compostela last June. It will not be the last one: the echo of the poems heard last night is waiting to reach a new shore. 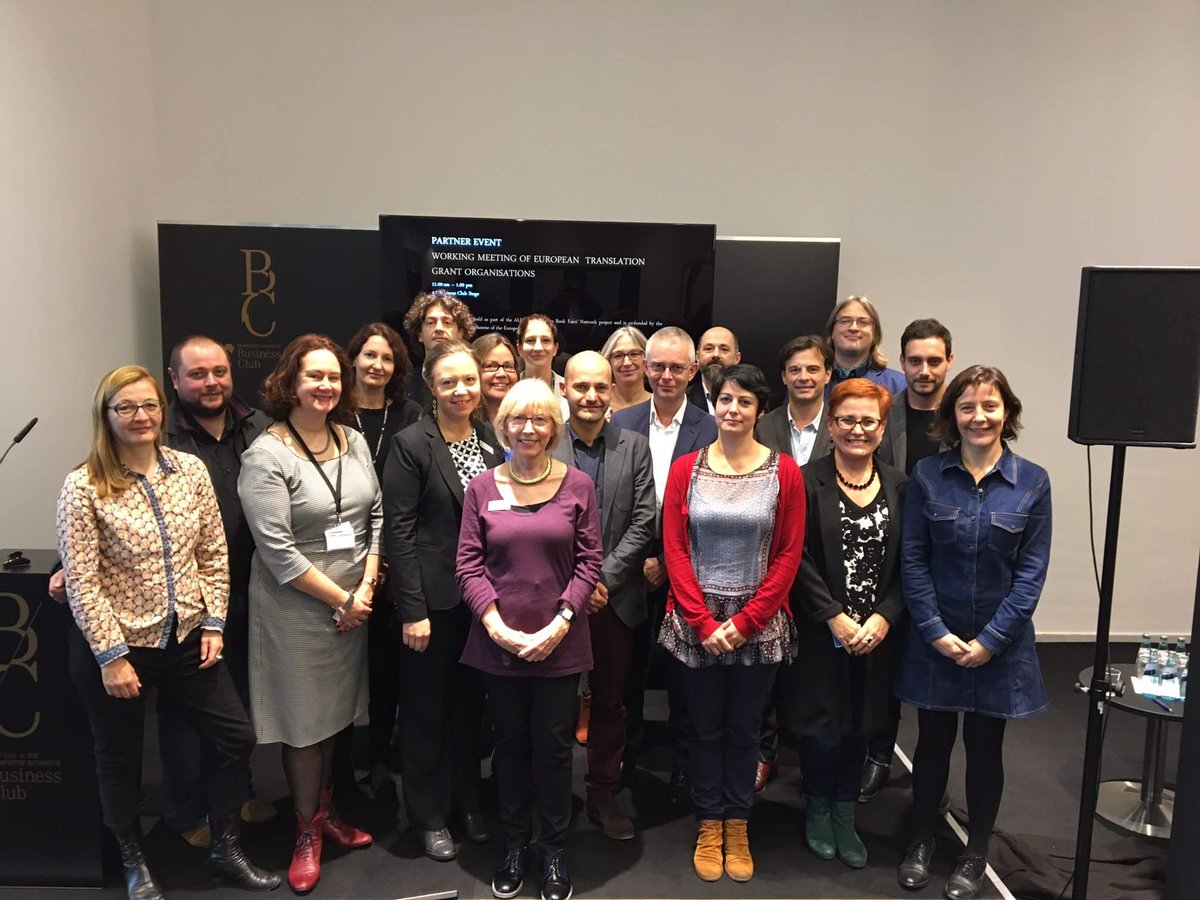 Last weekend, the Frankfurter Buchmesse Book Fair witnessed the creation of ENLIT,  the European Network for Literary Translation, one of whose founding members was the Etxepare Basque Institute, represented by the director for the Promotion and Dissemination of the Basque language, Mari Jose Olaziregi. The network, participated by  entities from 17 countries, will foster  the development of programs of support for literary translation, in an effort to increase the visibility of the diverse European literary voices, both in their native languages and in the international field.

"We are joining forces because together we can achieve our goals more effectively," said Bärbel Becker, Director of International Projects of the Frankfurter Buchmesse, who added that the institutions involved in the network will share information and projects, and commit to encourage production and distribution of literary translations.

Elssie Ansareo and Mario Paniego, chosen to participate in artistic residencies in Arnhem and Rijeka 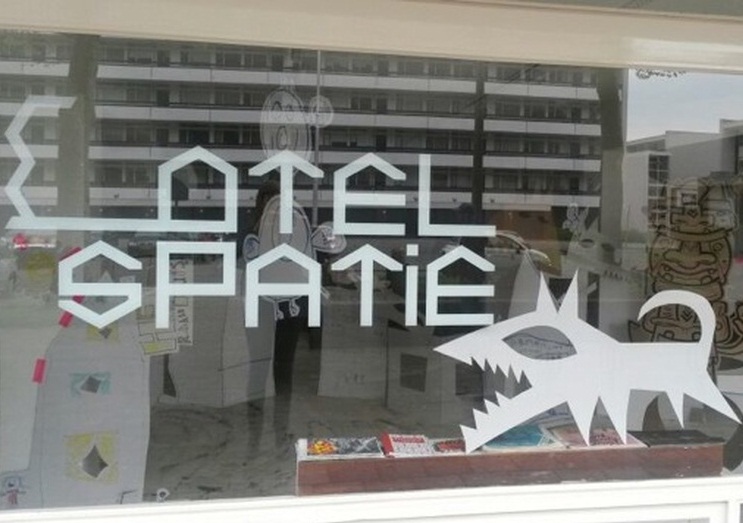 In order to promote mobility and intercultural dialogue, the Etxepare Basque Institute, the Donostia-San Sebastian European Capital of Culture 2016 and Donostia Kultura, jointly promote artist residency programs, within program the Joan-Etorriak, that is included in the quay Hazitegiak.

On the one hand, and in collaboration with Wroclaw 2016, they managed the call that allowed two Basque artists, specifically Aitor Gametxo and Diego Vivanco, carry out projects in the Polish city on July and August. On the othe, and for the same purpose, this year they  launched two projects, together with the European Cultural Capital 2020 Rijeka, Croatia, and the cultural institution Motel Spatie in the Dutch city of Arnhem. And the jury has selected the works proposed by the artists Mario Paniego and Elssie Ansareo, respectively.