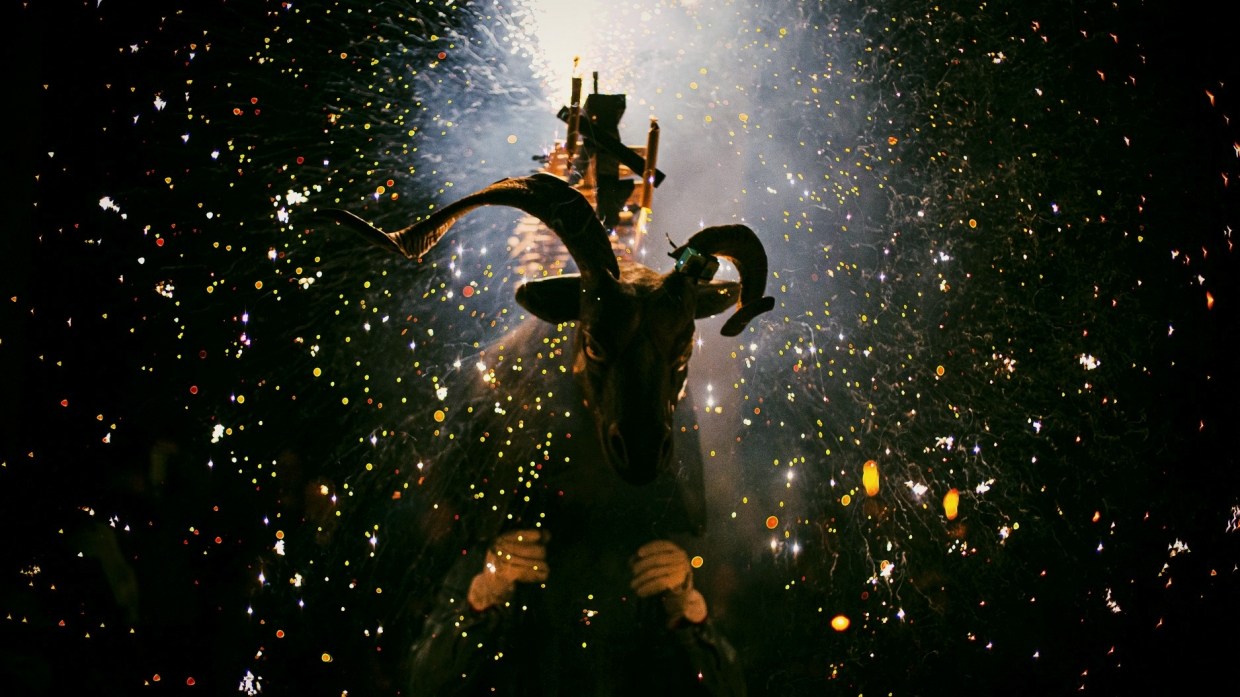 Basque traditions are legacies of the past in the present. The Basque Country of today has little to do with the country whose mysterious origins captivated the Prussian intellectual Wilhelm von Humboldt in the 19th century. Although traditions are recognised as intangible heritage inherited from the past, they have gradually been adapted to the values and demands of Basque society. This can be seen in the growing presence of women in festivals and celebrations.

The farmhouse is unquestionable the social structure and organisation with the greatest imprint in the Basque imaginary. It is a farm based on the family unit, a fundamental institution in the traditional Basque world. While farming is no longer as vital to the Basque economy, the farmhouse is still a symbol of Basque tradition. Life around the farmhouse is part of another Basque tradition that is remains alive today: the auzolana. The farmhouses were organised into ´neighbourhoods´, and relationships between neighbourhoods were based on helping each other. The number of associations and non-governmental organisations in the Basque Country today might be seen as a remnant or revitalisation of the mutual aid network of the past.

Basque public squares and frontons, another trace of former traditions, are where fairs and political and social events are still held today. In 1965 the first Basque book and record fair was held in the church portico in Durango and since then has become one of the most important gathering spots for euskaltzales (Basque language loyalists). More than one Basque fair has come down to us from the Middle Ages. Moreover, some of them have become examples of alignment with present-day values. Our country has a long tradition of fairs that promote sustainable economy and the farm-to-buyer system, as seen in today´s Km 0 and Slow Food movements.

Another example of Basque tradition are rural sports. Most of them stem from work-related activities common in traditional Basque society. The regattas, for example, have their origin in whaling. Some sports do not have agricultural origins. Basque pelota has become a top-level sport and several of the trail races organised in our country have garnered international acclaim.

Groups of close friends, known as ´cuadrillas´, are the core of Basque social life. Based on friendship, this seemingly informal organisation contains an implicit structure and set of rules. In short, the Basque cuadrilla is a protective structure that includes both rights and duties. Another social structure typical of the Basques are the so-called gastronomic societies, or cooking clubs. Ever since the first one was founded in Donostia/San Sebastián in 1870, they have been important venues for socialising and nowadays they are where friends enjoy each other´s company around a table. There are very few towns and even neighbourhoods that don´t have a gastronomic society.

Basque gastronomy is internationally renowned. One contemporary phenomenon, the bit-sized snack known as the  ´pintxo´, shows that traditions are constantly changing. Since the post-Civil War invention of the gilda in Donostia/San Sebastián, pintxos have become increasingly sophisticated and are now a showcase of Basque haute cuisine in miniature. Closely associated with the pintxo, a new tradition known as pintxo-pote (a drink and a pintxo) at has taken root in the 21st century.