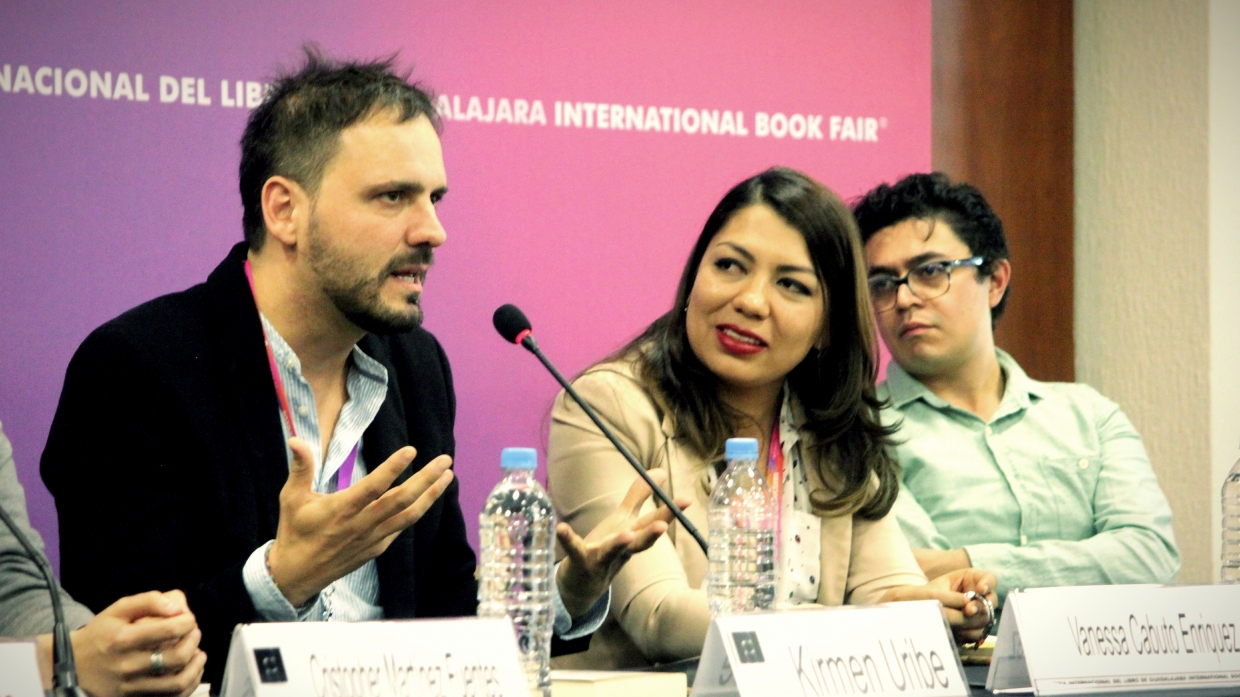 Basque literature writes the world. It is a living literature that knows no boundaries. A growing body of Basque literature is being translated into other languages and thanks to the talent of our translators, the number of works written in Euskara that enjoy international readership is on the rise. Our literature is versatile, embraces all genres and has been adapted to other art forms including film. The topics are as infinite as the universe they describe.

Today´s literature, however, is impossible without the literature that came before it. Basque writers today are nourished by the writers of yesterday. Before the Spanish Civil War, Lizardi and Lauaxeta were the great modernizers of poetry in Euskara. Silence reigned during the war and the post-war period. Starting in 1950, Basque literature went from the romanticism of folk life to existentialism, with authors like Txillardegi and Mirande. Basque poet Gabriel Aresti and sculptor Jorge Oteiza were prominent figures in their efforts to modernize Basque culture. In the 1970s, the creation of standard Basque or Euskera Batua coincided with the first Basque publishing houses, doubling the number of novels published in Euskara. The social novel, magic realism and experimentation became the stuff of Basque fiction penned by such names as Anjel Lertxundi, Joan Mari Irigoien, Ramon Saizarbitoria, Bernardo Atxaga and Koldo Izagirre. Likewise, the first novels written from a feminist-theory perspective also arrived, spearheaded by Arantxa Urretabizkaia. In terms of poetry, Harri eta Herri (1964) by Aresti and Etiopía by Atxaga (1978) were two milestones.

Basque literature began to consolidate with the end of the dictatorship. The literary group Pott Banda added another page to the modernization of Basque literature. Members of the group included Bernardo Atxaga, Jon Juaristi, Ruper Ordorika and Joseba Sarrionandia, among others. The group stood out for their irreverence, but in fact they broke with previous convention without abandoning tradition. Today, Sarrionandia is one of the most influential poets and storytellers in Basque literature. Since then, a rich legacy of unclassifiable writers have added their voices, among them Miren Agur Meabe, Itxaro Borda, Eider Rodriguez, Katixa Agirre,  Harkaitz Cano, Kirmen Uribe and Unai Elorriaga. Prominent names in poetry include Castillo Suarez, Jon Gerediaga and Iñigo Astiz. Basque children´s and young people´s literature also reach out to the world, with the work of Juan Kruz Igerabide, Patxi Zubizarreta and Leire Bilbao among others, together with a growing number of Basque illustrators.

Basque literature is also written in Spanish, French and English.