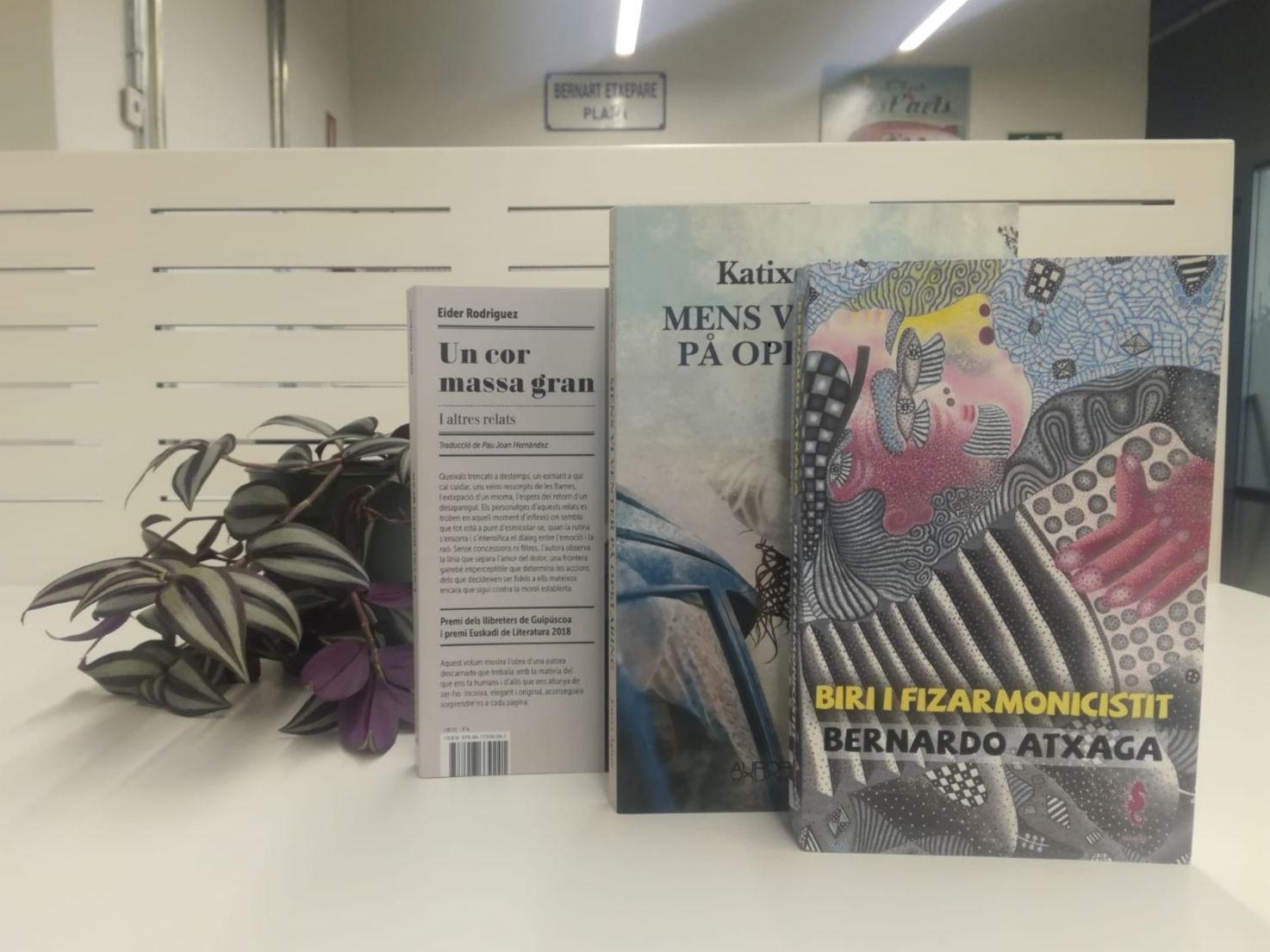 Ane-Grethe Østergaard translated Katixa Agirre’s novel Atertu arte itxaron (Wait until it clears up) into Danish. The novel narrates a couple´s road trip through the Basque Country. The novel won the 2018 Basque Akademia Saria award and a Spanish translation has also been published. This translation into danish has been published by the Aurora Boreal publishing house.

The collection of short stories by Eider Rodríguez was translated into Catalan by Pau Joan Hernàndez and published by the Barcelona-based Edicions del Periscopi publishing company. Rodríguez´s work, which came out in 2017, is a compilation of six short stories and takes its title from the first and longest story in the collection. Bihotz Handiegia (A heart too big) has also been translated into Spanish.

Soinujolearen Semea (The Son of the accordionist) is the most widely translated of the three: Atxaga´s work has already been published in English, Swedish, Bulgarian, French, Danish, Italian, German, Russian, and Galician, and several other languages. Recently, a translation into Albanian by author Bashkim Shehu was added to the list. Atxaga and Shehu exchanged a series of letters in the Chekhov vs. Shakespeare project carried out in 2016, the year San Sebastian was a Cultural Capital of Europe. The novel, published in 2003, narrates the story of two friends, Joseba and David, from the 1930s into the 21st century against the background of conflict in the Basque Country.

Among all the translation projects subsidized in 2018, several others have already been published. The remaining translations have until December 2019 to publish their works.