21st KORRIKA: The message in favour of Basque been shared around the world 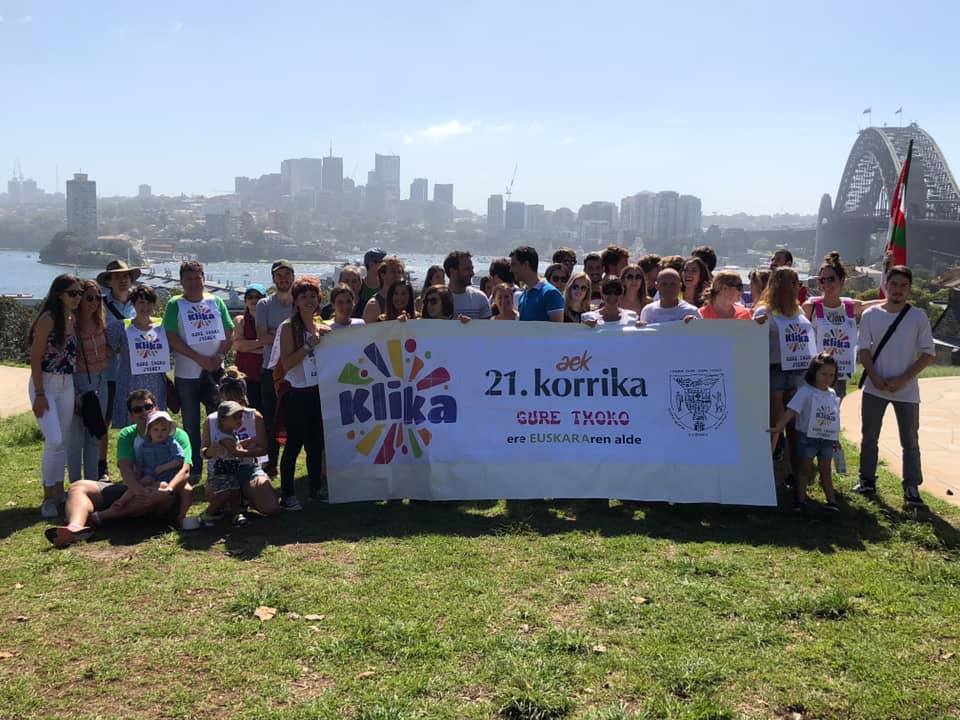 The agreement between AEK (the adult Basque-language teaching organization) and the Etxepare Basque Institute to support the 21st Korrika has paid off. This year, the main initiatives were the video contest and providing support for the events associated with Korrika organized in different countries, in collaboration with the network of Basque Centers and international universities.

Numerous events were carried out, 28 of which were organized with support from Etxepare, and others by other local organizations.

In addition to the Korrika itself and reading a manifesto, a number of other events were held. The Korrika in Mexico City served to draw attention to minority languages, using art as a vehicle. 40-50 people ran and 130 people gathered for a community meal. Actually, two Korrikas took place in Mexico City, and lots of people got together at the Basque Center to enjoy a concert by Izaro Andres.

In other cities, well-known Basque artists were invited to set the mood for the party: Esne Beltza and Ezetaerre in Madrid; Gatibu and Elepunto in Paris; the Korosti dance group, Garikoitz Knörr and DJ Soinu Gorriak in Valencia; Berri Txarrak in Amsterdam and Berlin, in the latter venue, accompanied by Zea Mays; bertsolaris Arkaitz Estiballes; and Fredi Paia in Mallorca. In Madrid and Barcelona, the Basque Center dance groups put on the show.

Korrika also serves to bring together Basque students studying abroad with members of the Basque diaspora; such is the case of the Basque Center in Chile. In Viña del Mar and in Santiago, many exchange students joined the locals in the Korrika, interacting with different cultures and getting to know new faces, all in favour of the Basque language.

In any case, we shouldn’t give value only to the largest and massive events, because those that come together in any corner of the world have as much (or more) merit than the others. This is the case of the group that celebrated Korrika in Liverpool. Thanks to the event, the Basques living in this city met each other, dressed the chest guards, held the banner and the ikurriña in their hands and ran through the university campus, with a final lunch included.

It’s said that the easiest way to gather the Basques is around a table eating and drinking, and several organizers took it into account: meals have been held in Shanghai, New York or Buenos Aires, even poteos in Brussels or Washington.

Among the different Korrikas that have been organized outside the framework of the Etxepare Basque Institute, the new version of the Korrika videoclip that has been recorded in New Caledonia by some associations that work in favor of the Austronesian languages has been very well-known.

Korrika has achieve its goals internationally. The manifesto read in the Basque Center of Buenos Aires gives us an idea of what means this event for the members of the Basque Diaspora; Among other things, they said that Korrika serves to "gather the emotions around the Basque language" and to "get our language and identity to all corners of the world".