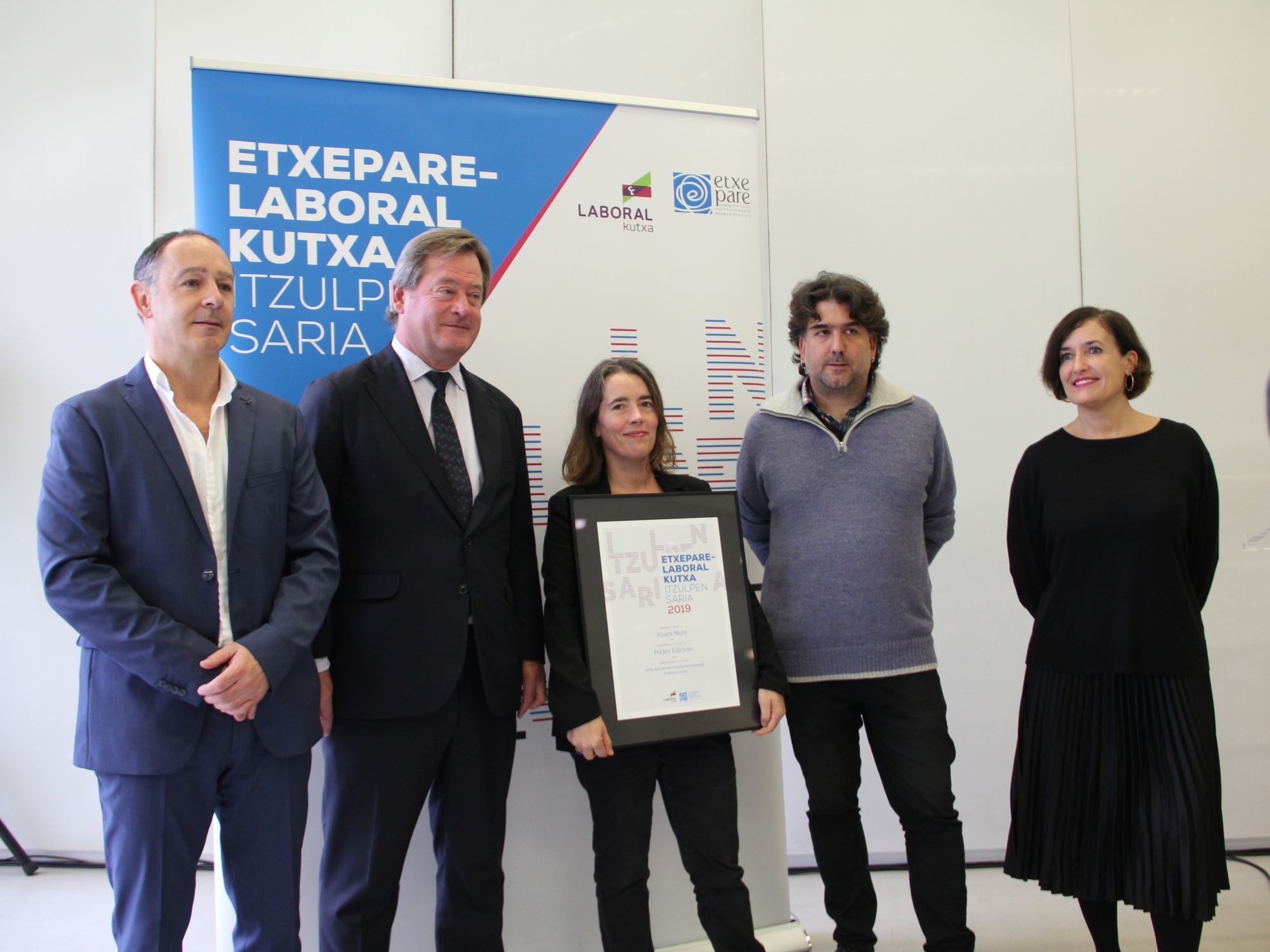 Ainara Munt Ojanguren (b. Zaragoza, 1975) has won the fifth Etxepare – LABORAL Kutxa Translation Award for her translation into Catalan of Joseba Sarrionandia’s collection of poetry Hilda dago poesia? Entitled És morta la poesía? the Catalan version was published by the Barcelona publisher Pol·len Edicions. The translator and the publishing company will share a 4,000-euro prize and receive a further 2,000-euro subsidy to assist in promoting the book.

The winner attended the presentation ceremony at the Basque Historical Archive in Bilbao, accompanied by the editor of the Pol·len Edicions publishing house, Jordi Panyella. The event was also attended by the head of Culture and Linguistic Policy, Bingen Zupiria, who underlined the importance of translation in promoting Basque culture outside the Basque Country, "Apart from subsidizing translation projects, the Basque government likes to recognise the work carried out by the translators. The Etxepare-LABORAL Kutxa award selects the most outstanding translations from Basque into other languages and recognises their importance in disseminating Basque culture around the world.” A few words written specially by Sarrionandia for the occasion were read out by the editor of the editor pf Pamiela publishing house, Pello Elzaburu.

When awarding the prize, the jury (which consisted of professionals from LABORAL Kutxa, the Etxepare Basque Institute and the world of translation) evaluated the quality of the translation and the promotional work carried out by the publishing house, while also taking into consideration the translator’s career and the importance of poetry as a genre. The jury statement highlighted "the careful, accurate translation, and the effort taken by the writer to reflect and retain in the Catalan translation the intended meaning, musicality and expressivity of the original." Referring to the publishing house, it highlighted "the effort made over the years for Basque literature, and Sarrionandia´s work in particular, to reach a Catalan audience."

The award, which dates back to 2015, has recognised translations of works by the Basque writers Sarrionandia, Kirmen Uribe, Bernardo Atxaga and Garbiel Aresti, respectively.