Handia will open the Different! film festival of Paris 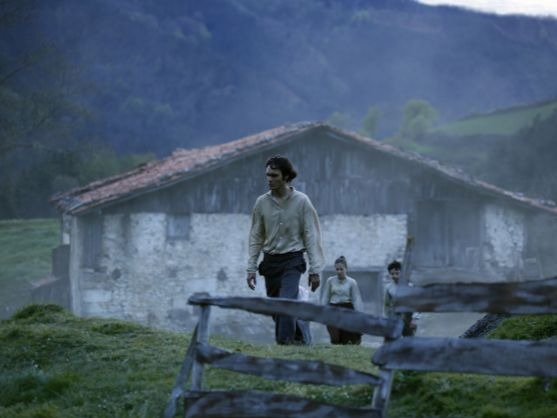 The film festival Different! L’autre cinéma espagnolis held annually in Paris, and this year Basque cinema will once again participate in the event. The film Handia by Aitor Arregi and Jon Garaño will open the festival that will take place from June 20 to 26.

On June 20 the festival will open with the screening of the film, together with the two directors and the producer Xabi Barzosa. The acclaimed film is having a successful run since it premiered at the San Sebastian International Film Festival. It has toured different festivals and has won several prizes, including 10 Goya awards in 2017. It is the third most awarded film in the history of the awards.

The film tells the true story of Miguel Joaquín Eleizegui Arteaga (1818-1861), the giant of Altzo. After having fought for years in the Carlist Wars, Martin (Joseba Usabiaga) returns to his family home only to find that his younger brother Joaquin (Eneko Sagardoy) is a giant, a strange creature who has not stopped growing, and has become known as the Giant of Altzo. Martin decides to exploit his brother’s gigantism much like a circus act. Travelling around Europe, word spreads about the giant, who is exhibited to curious crowds and before illustrious personalities including Queen Isabel II of Spain.