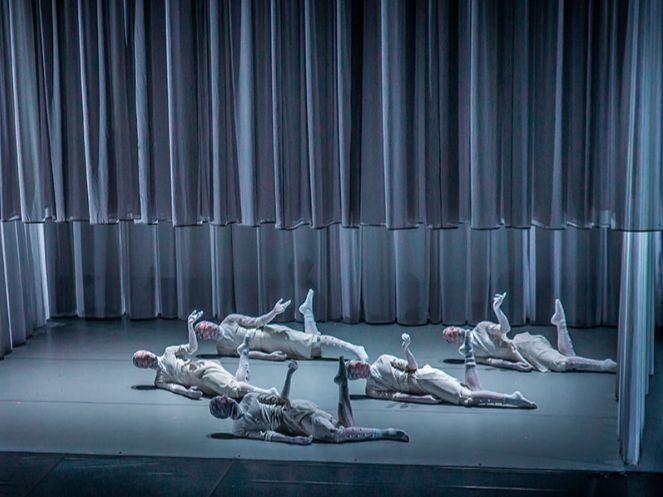 The international dance fair Internationale Tanzmesse is held every two years in Düsseldorf, Germany. It is the most important contemporary dance event in Europe, where this year professionals from the sector will meet from August 29 to September 1 to share experiences, contemplate new ways of working and show their work. Once again, Basque dance companies will make their presence at the festival working at the Basque Dance stand. In addition, Kukai Dantza Taldea, one of the most awarded Basque dance companies, will be included in the Tanzmesse inaugural event.

The Basque Dance stand is the result of a collaborative initiative between ADDE (Association of Dance Professionals of the Basque Country) and the Etxepare Basque Institute. Visitors to the stand will find the catalogue of ADDE partner Basque companies. The space will also serve as a showcase for Basque companies to demonstrate their work and forge new connections. In total, six companies will be at the stand, accompanied by representatives of ADDE and the Etxepare Basque Institute: Dantzaz Konpainia, La Glo Zirko Dantza, Organik, Lokke, Igor and Moreno and Kukai Dantza Konpainia.

In addition, this year Basque dance will have a privileged place at the festival: Kukai Dantza Taldea has been invited to take part in the opening ceremony, performing a piece called "Oskara". The event will take place on August 29.

But that isn’t the only time Basque artists will have a chance to perform their work as part of the official programme. Among the different sections in Tanzmesse is "Open Studios", where unfinished works are shown. The Basques Jone San Martín and Mikel R. Nieto will present their work together with choreographer Emanuele Soavi.

Tanzmesse is a biannual fair-festival that serves as a platform for collaboration between professionals in the field of contemporary dance. Companies and dancers present their live shows and choreographers, agents and other professionals meet at the fair. Tanzmesse also hosts numerous meetings, workshops, presentations and meetings.

The gathering gives Basque companies the opportunity to make themselves known to the world and create new networks for building contacts. For this reason, the Etxepare Basque Institute promotes the participation of Basque artists in this type of leading exhibitions and encounters.