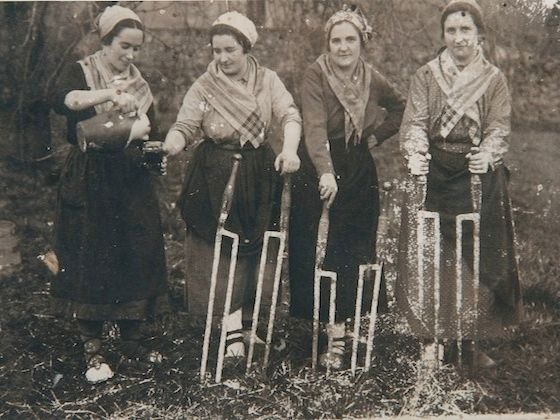 What are the connections between gender and identity? What is the nature of these connections in the Basque Country? What about in the Basque diaspora? What are the particularities? Why does the idea of matriarchy continually emerge? How do Basque people build the concept of nation? What influence has feminism had on Basque society? Margaret Bullen, anthropologist and lecturer at the University of the Basque Country, will address these questions in a course offered at Boise State University, organized by the Eloise Garmendia Bieter Chair in Basque Studies. The course will be offered on April 7th and 8th to both undergraduate and graduate students.

Bullen will analyse how the concepts of sex, gender and nation intersect in cultural identities, and how they are reflected in society, paying particular attention to the peculiarities of Basque Country and compare the conditions and circumstances between the Basque Country and the diaspora.

Bullen will describe the historical image of Basque women and contrast the myth of matriarchy with the reality of patriarchal power. She will also take students on a historical journey from a gender perspective to show what everyday life was like in the Basque Country both then and now in terms of social and political organization, work life and popular festivals.

Bullen will also focus on the role of women in the transmission of culture. Lastly, she will analyze the evolution of feminism in the Basque Country and its connections with the Basque language and cultural movements.

Margaret Bullen is a British anthropologist who has lived in the Basque Country for 26 years. She currently teaches anthropology at the University of the Basque Country. Bullen’s recent research has focused on rituals, change, and gender relations. She is the author of the book entitled Basque Gender Studies (2003).

For the purpose of promoting studies and research related to Basque language and Basque culture, in 2015 the Etxepare Basque Institute signed an agreement with Boise State University to create the Eloise Garmendia Bieter Chair in Basque Studies. The program was named after the mother of Boise mayor, David H. Bieter – the only Basque-speaking mayor outside the Basque Country – for her commitment to Basque culture and her prominent role in the community.

In addition to inviting a guest professor every year, the chair promotes other activities such publishing materials on Basque language, literature and culture, organizing conferences and congresses, and collaborating on projects with other institutions.