Cultural activities cancelled due to COVID-19 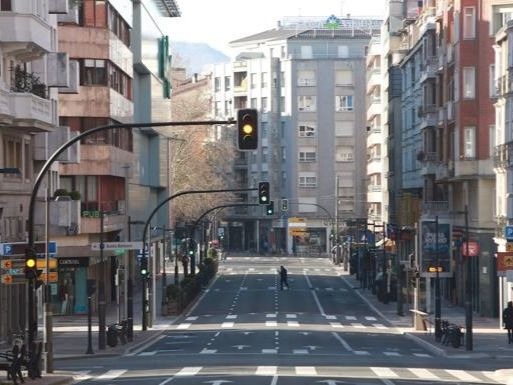 As we all know, the emergency situation caused by the coronavirus (COVID-19) has radically altered people’s lives in different countries, from the economy to leisure. In the same way, several international cultural events, fairs and festivals in which the Etxepare Basque Institute takes part have been cancelled or postponed.

The award ceremonies for the Musika Bulegoa Awards and the MIN Awards which were supposed to be held on March 10 and 11, respectively, have been postponed. The Institute usually gives the Euskal Herriko Musika Bulegoa Etxepare Award to a band that has contributed to the promotion of Basque language and culture abroad. As for the MIN Awards, the Institute was about to give the Award for Best Album in Basque to one of these five Basque bands: Doctor Deseo, Maite Larburu, Niña Coyote y Chico Tornado, Zea Mays or Zetak.

In addition, two film festivals have been postponed. One is the Basque Window of the Festival du Cinéma Espagnol de Nantes, which was to start on March 26. The Window was celebrating 20 years with 18 Basque feature films and the Kimuak 2019 short film catalogue planned for the programme. The other one is the Malaga Film Festival, which was to start next week. As part of the festival, Basque Audiovisual was going to participate at a stand at MAFIZ, the Malaga Festival Industry Zone.

Other events scheduled for April have also been cancelled. One of them, the MIPTV fair for television and digital content in Cannes, had to be postponed. Likewise, the Children´s Literature Festival held in Bologna will also have to be put on hold until the Coronavirus can be contained.

Universities have also suffered the consequences of COVID-19. As for the readerships, since the Universities have closed their doors, they are thinking about how to carry out the initiatives proposed, conducting the sessions online or suspending these activities until September. In the case of the chairs, there were also some that were going to start their programme these days, but circumstances have forced them to cancel or delay the sessions. The Koldo Mitxelena Chair at the University of Chicago, which was to begin in late March, will be postponed to 2021; the Eloise Garmendia Chair at the University of Boise, scheduled for the same time, has been suspended for the time being and future plans are being discussed; finally, the Bordeaux event that the Jean Haritschelhar Chair had scheduled for April 6 has been postponed without a new date, and it has not yet been decided what to do with the event scheduled for May 7 in Bayonne.