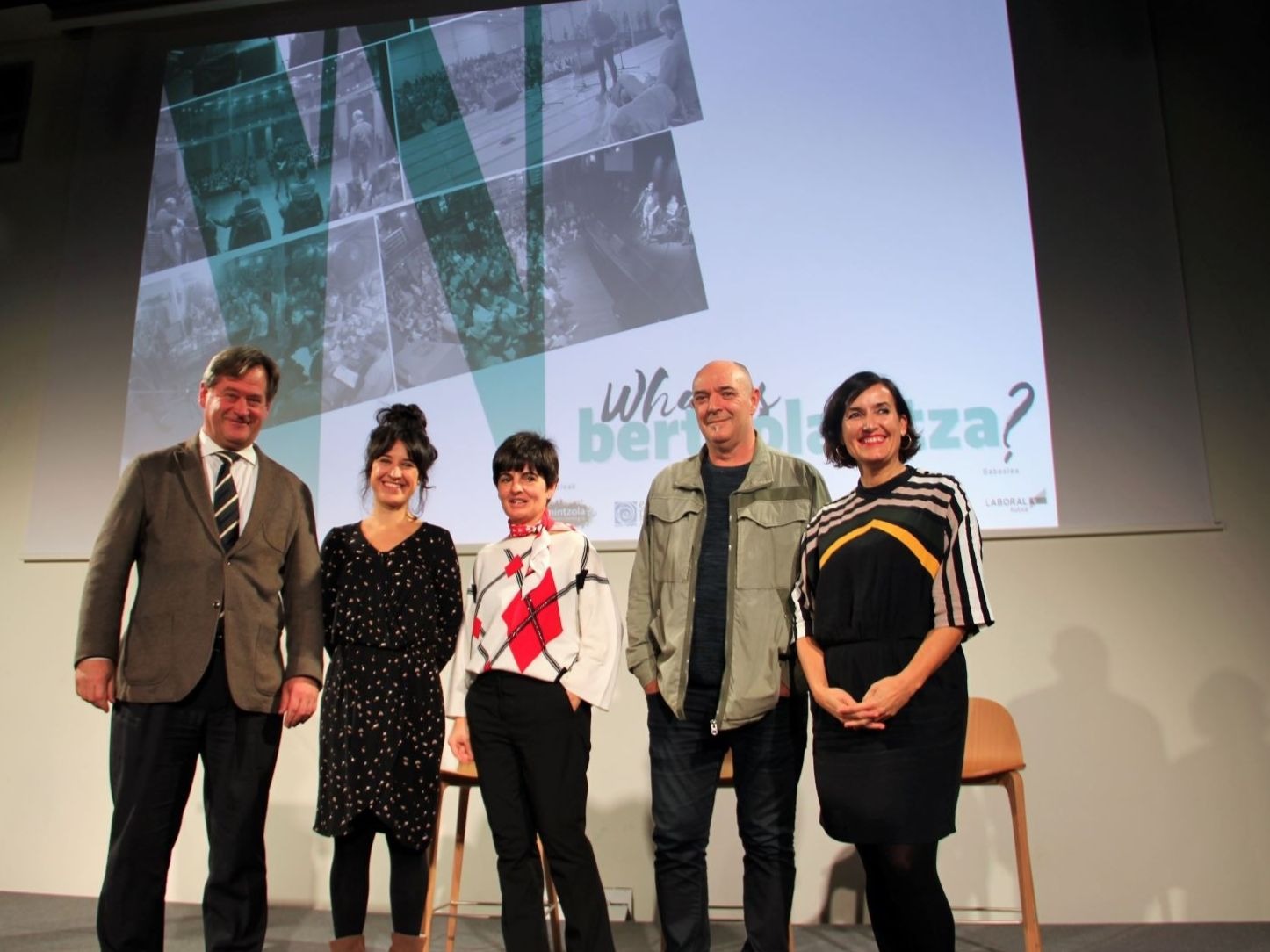 What is bertsolaritza? is a short documentary that sets out to answer the question in the title.  The film was created in order to introduce the world to the practice of bertsolaritza. Made possible through a collaboration between Etxepare Basque Institute, Mintzola Oral Workshop and Laboral Bank, What is bertsolaritza? will premiere today in Tabakalera’s Z hall at 6.30 p.m.

Bertsolaritza is both universal and unique. Universal because improvised singing is very popular in many cultures. But it is also unique because, among other reasons, it is done in Basque. The idea of explaining this cultural phenomenon in a film came up in 2017, promoted by the Etxepare Basque Institute and Mintzola Ahozko Lantegia, during the 2017 bertsolari championship.

The documentary explains the context, creation process and current situation of bertsolaritza. Using the bertsolari championship as a point of departure, it shows how important this activity is today in the Basque Country and includes thoughts and opinions by experts and improvisators from abroad. It also explains how bertsolaritza has kept up with the times, for instance by passing the art on from generation to generation and including women in the practice. Finally, the film offers a brief overview of the bertsolaritza movement in our society: recitals in village squares, bertsolaritza schools, bertsolaris and Bertsozale Elkartea (association of bertsolaris). In addition, it uses footage of actual recitals so that people not familiar with the practice can form a basic notion.

The documentary was directed and produced by the audiovisual team of Bertsozale Elkartea, and the script written by the bertsolari Xabier Paya. Since the aim of the film is to explain the practice to an international audience, it is almost totally in English (except for the images of the recitals, which are obviously in Basque) with Spanish, Basque and French subtitles.

The three entities behind the project have been promoting Basque language and culture worldwide for years and have finally joined forces to make this project happen. In order to get the message out to the widest possible audience, What is bertsolaritza? is available online at this link.