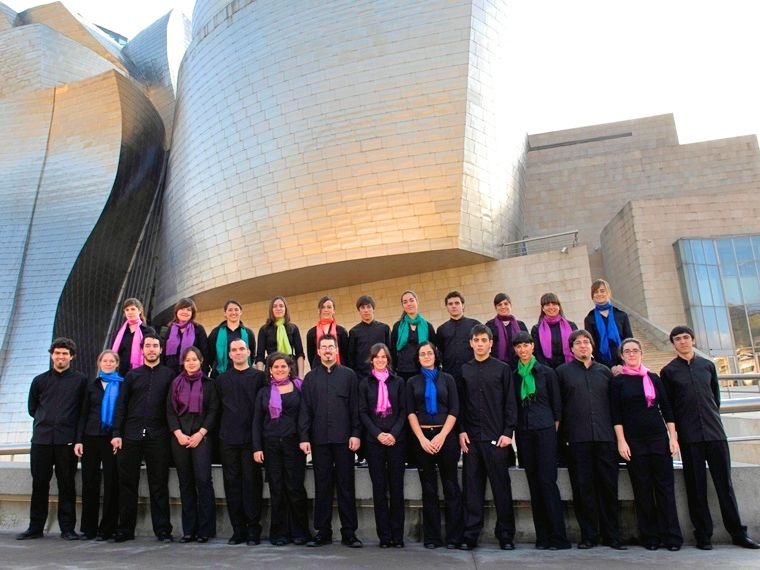 The youth group of the Choral Society of Bilbao, Euskeria Choir, will give three performances in the Scottish capital, with the help of the Provincial Government of Bizkaia and the Etxepare Basque Institute. Fair Saturday, a festival which started in 2015 in Bilbao, will be held this year in Edinburgh for the first time, and Euskeria Choir will perform as part of the opening ceremony.

The aim of the Fair Saturday movement is to show the value of art in changing the world. The event is celebrated just after Black Friday (end of November) in many cities and towns around the world. To strengthen relations between Scotland and the Basque Country, Fair Saturday will also be held in Edinburgh this year. The opening ceremony of the festival will take place tomorrow.

As part of the event, Euskeria Choir has been invited to Scotland. The youth choir will offer three concerts: the first one tomorrow, 26th October, in the Edinburgh Festival Hall; and other two on 27th October, in Saint Giles Cathedral and Queen’s Hall.

The event will take place as part of the Etxepare Basque Institute’s effort to reach out to Scotland in the 2018-2019 season. The goal of this ‘window’ is to raise the profile of Basque Culture and the work of Basque artists in Scotland through a multidisciplinary program that the Institute is now preparing for the whole season. In addition, the project aims to foster the exchange between Basque and Scottish artists, and to create new opportunities for cultural exchange.